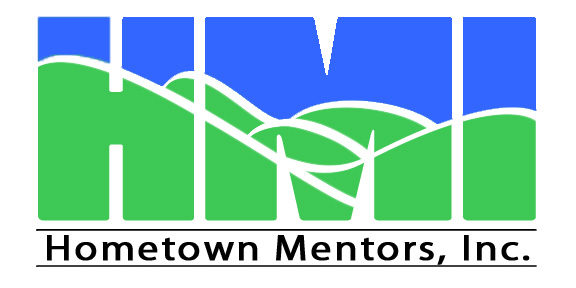 Encouragement for the Future of Emporium, Cameron County, PA

Mr. Baker will be inducted into the Hometown Sports Hall of Fame on October 7, 2017.  He was one of Cameron County’s finest coaches.  From 1960 – 1968 he headed the football program at CCHS.  In 1968 he initiated the first wrestling program to which he applied the acronym “BAGUBA,” a trademark of CCHS wrestling that endures to this day.  His coaching career consists of six District 9 Championships and 21 D-9 place winners, amassing a career record of 44 wins, 38 losses and one tie.

IF YOU WERE COACHED BY MR. BAKER, IN THE 60’s OR 70’s, EMAIL HOMETOWN.MENTORS@GMAIL.COM TO RESERVE TICKETS AND COME BACK HOME TO HONOR HIS MEMORY
JAMES EDWARD BAKER

James Edward Baker, 83, of 21211 CCC Memorial Hwy., Emporium, died Wednesday, April 5, 2017 at Lakeview Senior Care & Living Center, Smethport.
Born Aug. 7, 1933 in Springdale, he was the son of the late James A. and Frances S. Baker.
On Jan. 22, 1955 in Westfield, New York, he married Sandra Fox, who survives.
Jim attended Edinboro University of Pennsylvania on a football scholarship, received his Bachelor of Science degree in 1955 and later, a Master of Science degree from Penn State University in 1966.
In 1958, after teaching for a short period at Plum High School in Pittsburgh, he moved his family to Emporium where he was a teacher of biology and zoology at Cameron County High School from 1958 to 1991.
Although an inspired educator, “Mr. Baker” is perhaps best known as a coach. From 1960 to 1968 he headed the football program at CCHS. In 1968, he initiated the first wrestling program to which he applied the acronym “BAGUBA” (Brutally Aggressive Guys Uninhibited By Adversity), a trademark of CCHS wrestling that endures to this day.
During his six-year tenure, he coached six District 9 champions and 21 D-9 place winners, amassing a career record of 44 wins, 38 losses and 1 tie. His legacy continued for decades with his son, who wrestled and also coached, and all three of his grandsons were BAGUBA wrestlers. After retiring as head coach, Jim became a PIAA wrestling official from 1976 to 1987. In 2014, he was awarded the BAGUBA Wrestling “Lifetime of Dedication” award and in 2016 he was inducted into the District 9 Wrestling Hall of Fame.
Jim loved spending time with his family. He had a passion for firearms and also enjoyed gardening, fishing and hunting.
In addition to his wife Sandy of 62 years, he is survived by a son, Scott (Kay) Baker of Emporium; three daughters, Kim (the late Nick) Farina of Emporium, Kelly (Jeffrey) Wong of Stevensville, Maryland and Kerry (Michael) Etchepare of Emporium; a foster daughter, Roberta de Rosa of Warwick, Rhode Island; six grandchildren, Paul (Amanda) Baker, Mike Baker, Abby Etchepare, Paul Etchepare, Kristi Wong and Anna Wong; one great-granddaughter, Jade Baker; and a sister, Maxine Petrovsky of St. Petersburg, Florida.
In addition to his parents and one son-in-law, he was preceded in death by a brother, Carlyn D. Baker; and a sister, Dorothy DeFelices.

This site uses Akismet to reduce spam. Learn how your comment data is processed.